I've never made a standing rib roast before, so I gave it a try, and it worked!

As the roast was really small, it would not stand by itself so I tied it to the pan. That worked perfectly!

I basically used this recipe , and it worked great.

It took 15 minutes and my tiny roast was 120°F, however it was perfectly done. Since this smaller roast has so much less mass cooking to the higher temperature worked perfectly.

Tent loosely with foil and let rest for 15 minutes.

I sliced it half and removed the bone. Originally I thought this was two servings, but it turns out to be more like 4 of the serving size that I normally eat.

I vacuum sealed and froze the leftovers. They should reheat perfectly in the sous vide, maybe around 122°F.

For the horseradish sauce, I made a small amount of this recipe . Basically:

This time I made a boneless 4.2 lb. roast, since that's what was available at the grocery store. 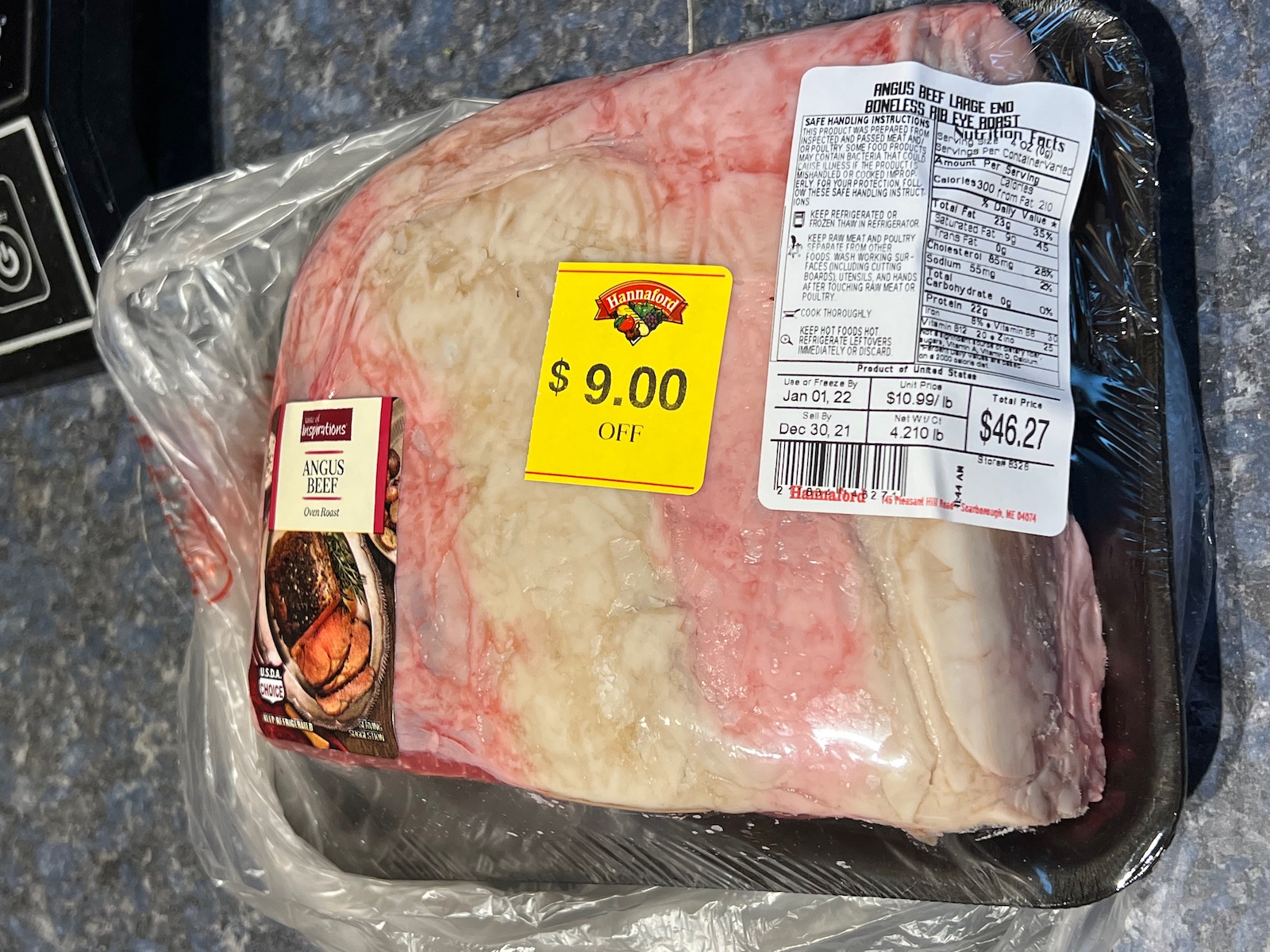 I trimmed a bunch of the fat off this time. I also separated out a small amount of the beef and fat for beef cracklings. 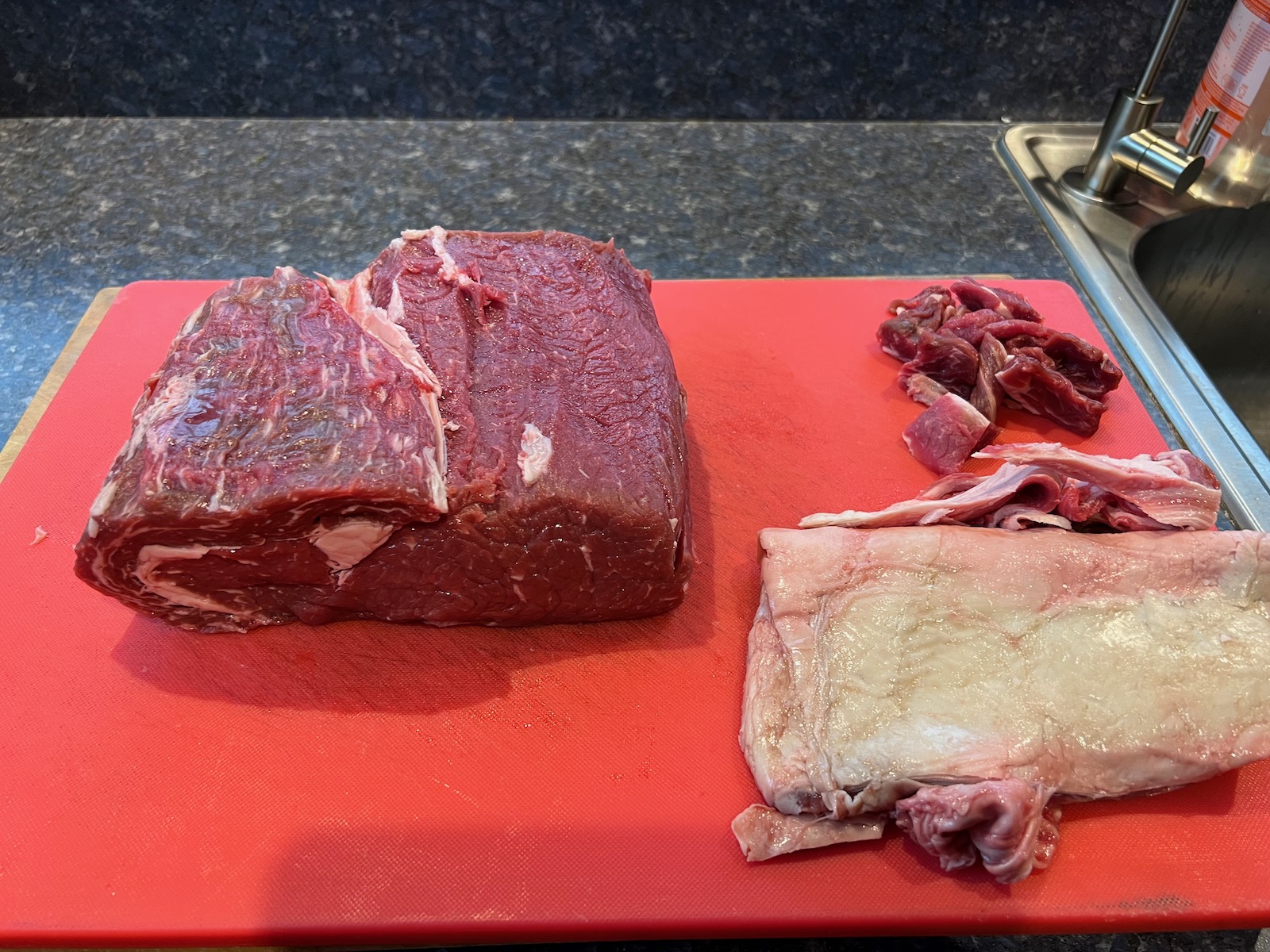 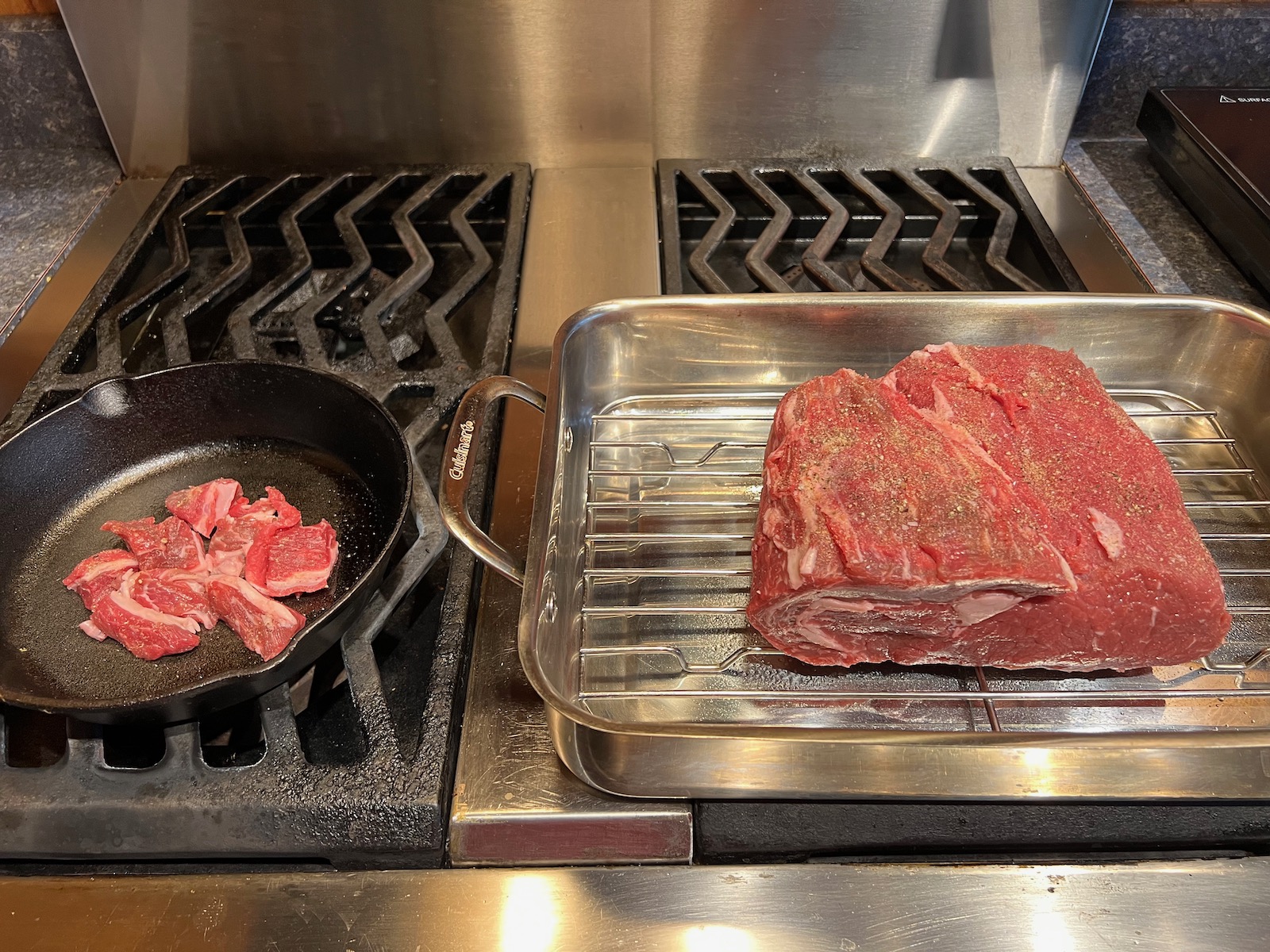 Added soy sauce to the cracklings at 15 minutes.

At 30 minutes, reduced the heat to 350°F, removed the cracklings, rotated the roast, and added a temperature probe set to 110°F. 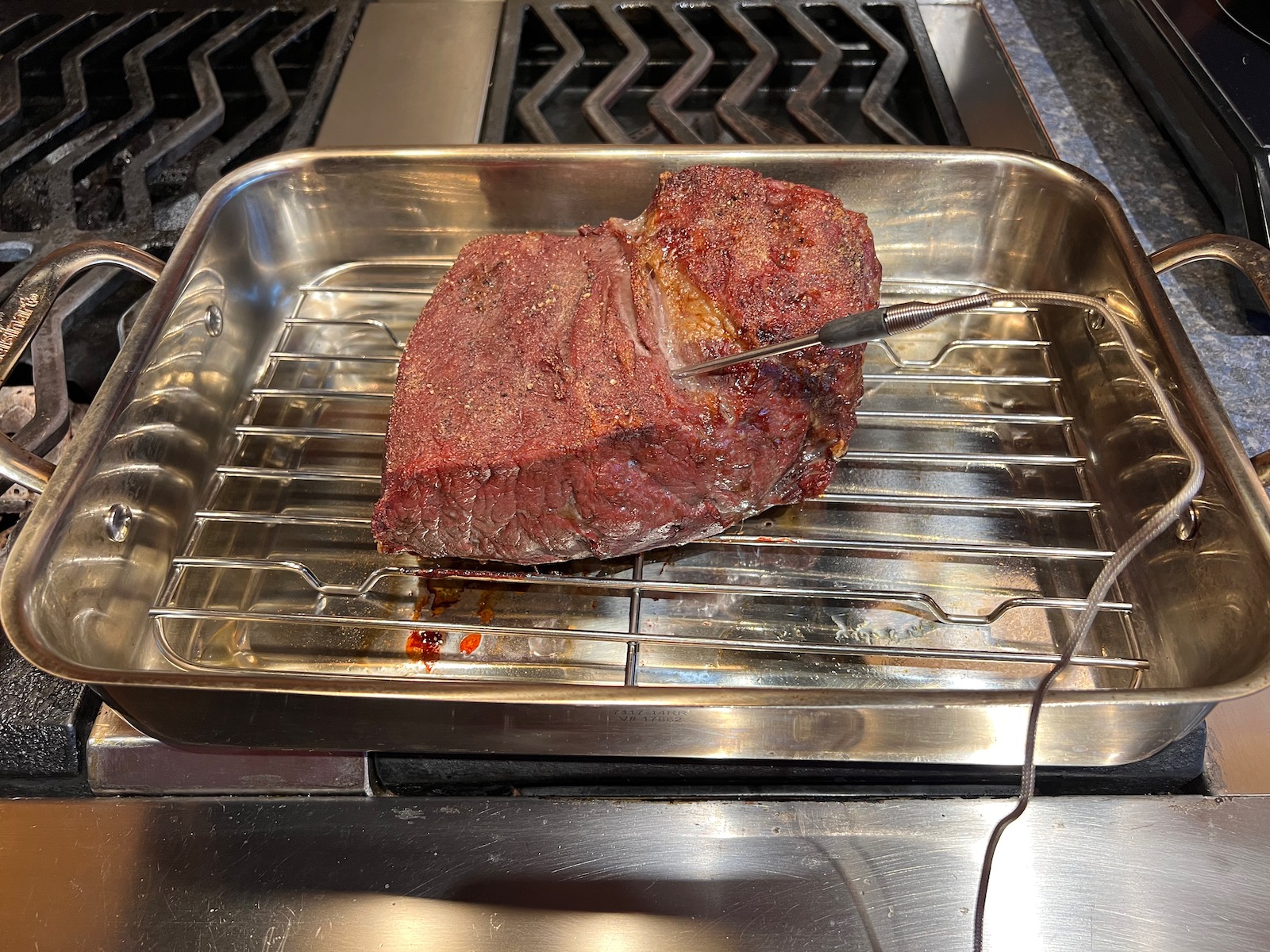 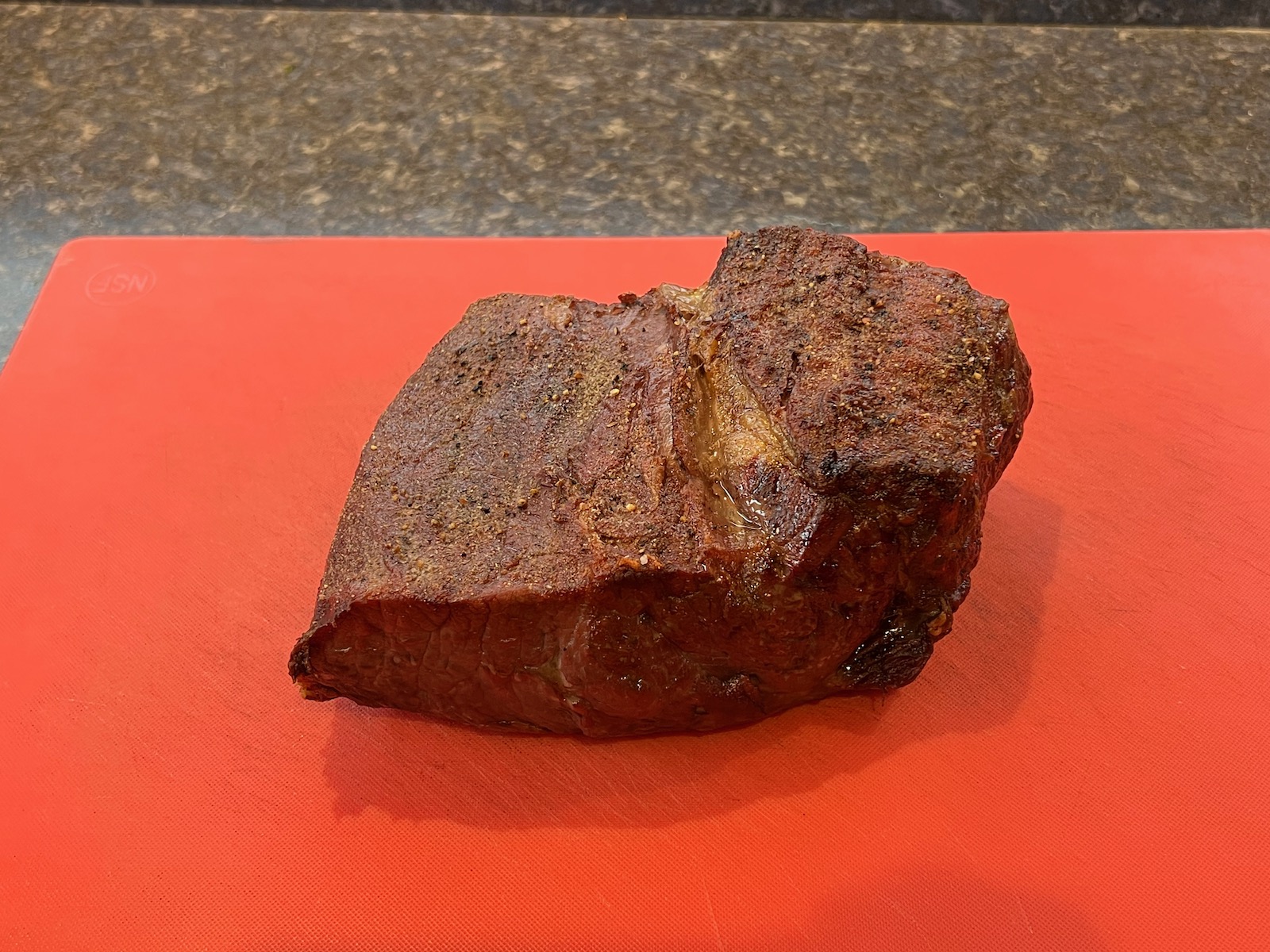